Climbing paradise for families and adventurers

Working out your next few moves at dizzying heights: climbing is an adrenaline-pumping adventure. In the Aletsch Arena, anyone who’s keen to climb is well catered for – whether you’re a complete beginner, a seasoned climber or a family looking for action. Because climbing in the Aletsch Arena is possible not just on ropes courses, but also along fixed rope routes (via ferratas) or in climbing parks. And it goes without saying, you’re always safely secured.

Climbing fun for the whole family

High up in the treetops at Baschweri Adventure Park on Bettmeralp and the Swiss Adventure Park in Fiesch, a total of 13 ropes courses guarantee fun for families. It demands skill to overcome the obstacles in the trees – and a little courage here and there. Helmets and gloves are provided. Baschweri Adventure Park, located on the forest path in the direction of Fiescheralp, is an easy 15-minute walk from Bettmeralp mountain station. The Swiss Adventure Park in Fiesch is located on the grounds of the Sport Resort in Fiesch. You can register at Reception. Have fun on your climbing adventure! 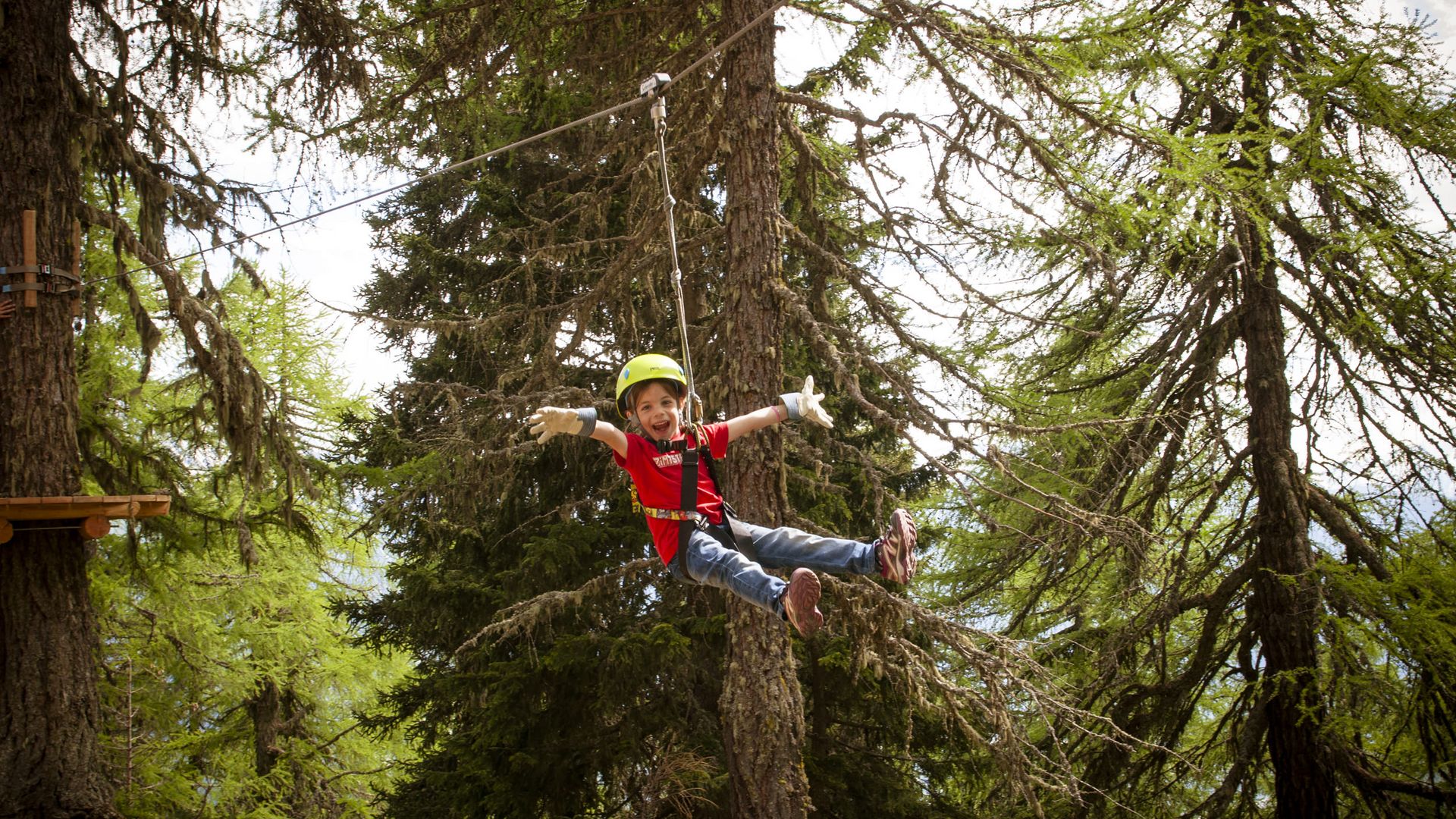 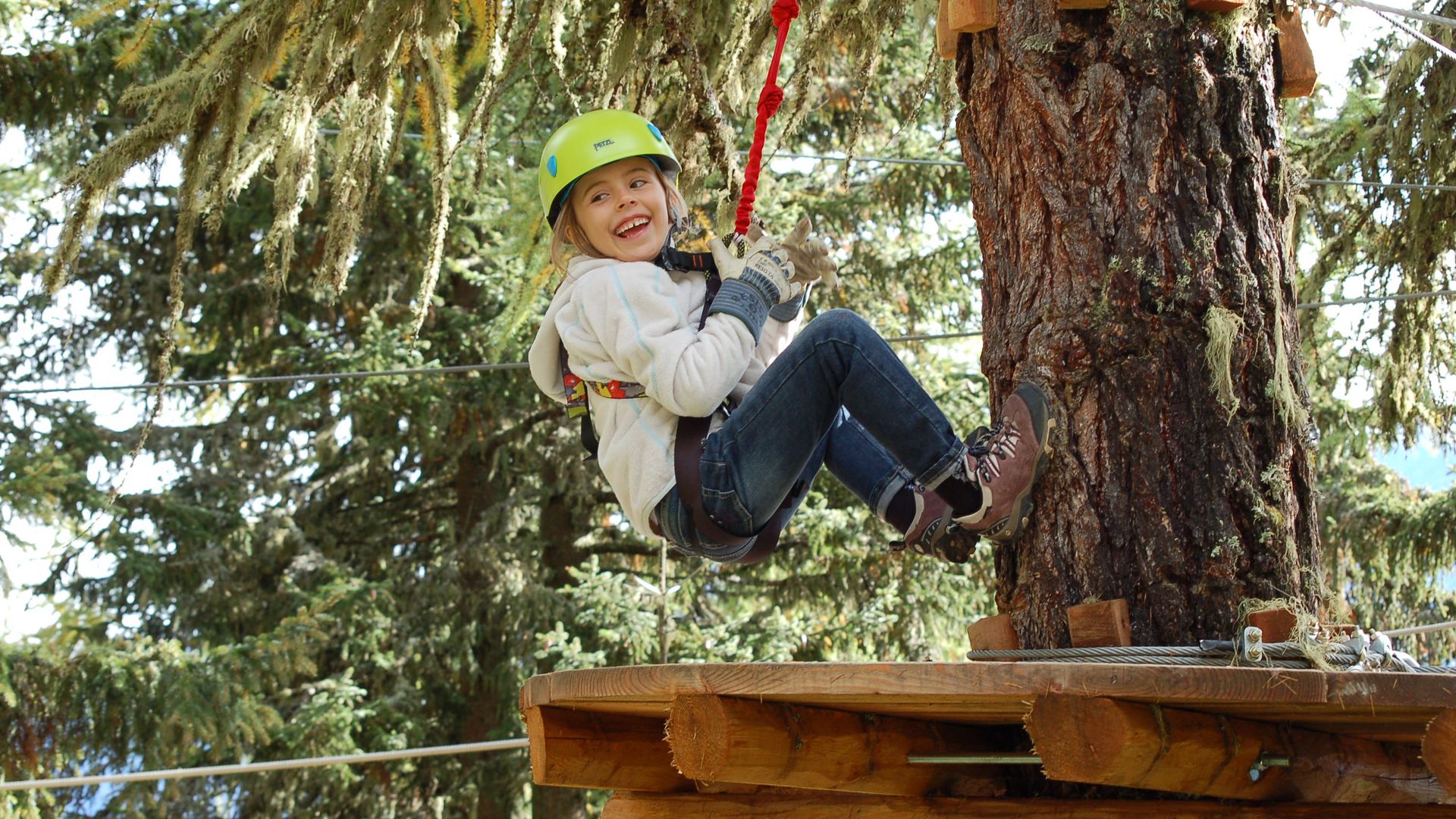 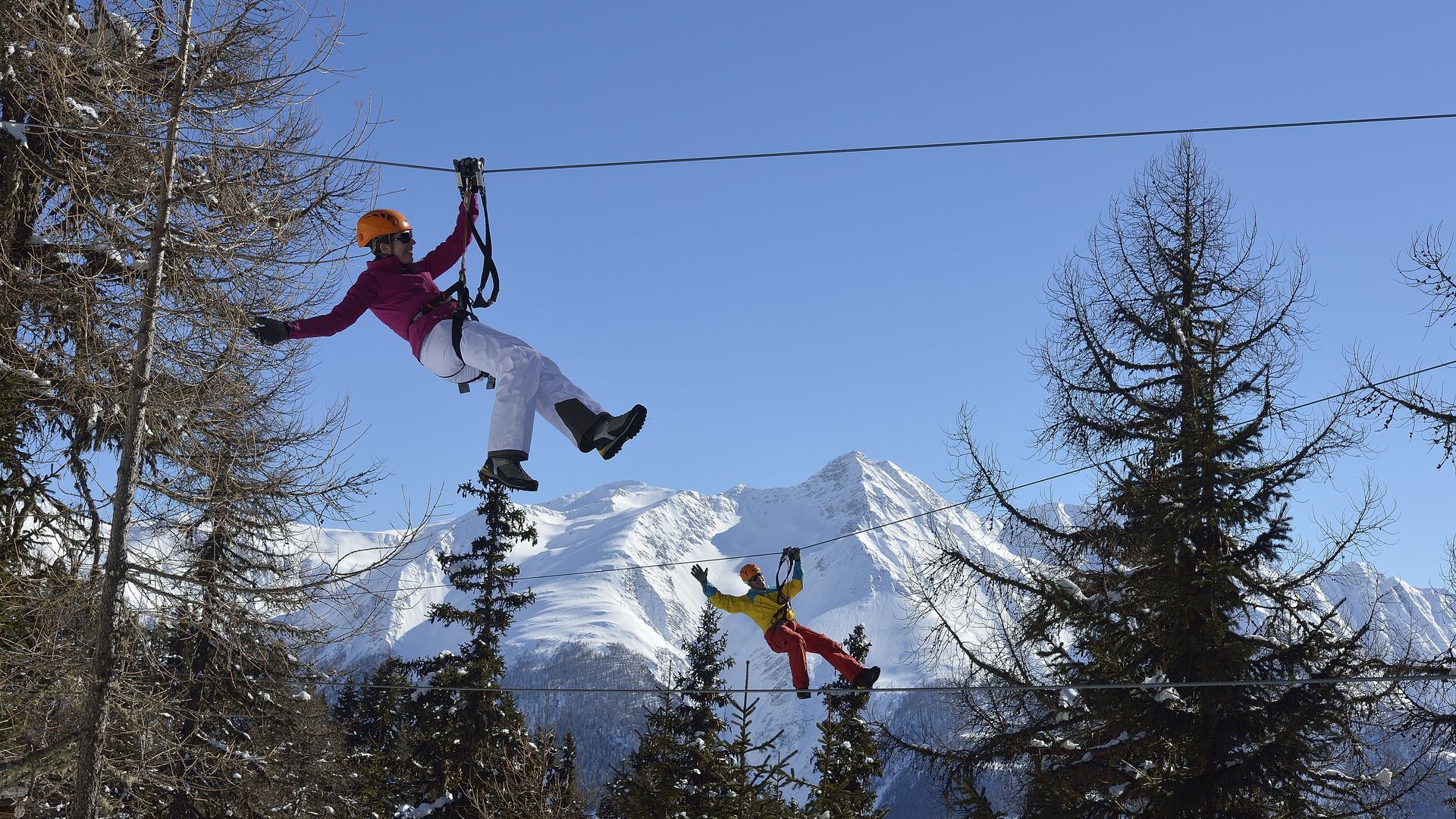 Climbing fun for the whole family

The abyss on one side, the sheer rock face on the other: clambering along a via ferrata is loads of fun, but also delivers some thrills. In the Aletsch Arena, the Aletsch via ferrata (difficulty level K3–K4) and the Eggishorn via ferrata (K2–K3) await adventurers with a head for heights or those who want to push their personal comfort zone to the limit and try out a new sport. The Eggishorn via ferrata is located on Eggishorn. You’ll find the signposted entrance if you head in the direction of Höhenweg/Bettmerhorn. Tip: Combine the climbing adventure with a trip to the nearby view point. From there, you can take in the entire 20 kilometres of the Great Aletsch Glacier not to mention parts of the smaller Fiescher Glacier, and you can see the Matterhorn as well as other 4000-metre peaks. The Aletsch via ferrata takes you around the Gibidum reservoir. This is located in the area of the Swiss Alps Jungfrau-Aletsch UNESCO World Heritage Site in Blatten-Belalp, a partner destination of the Aletsch Arena.

Via ferrata on Eggishorn 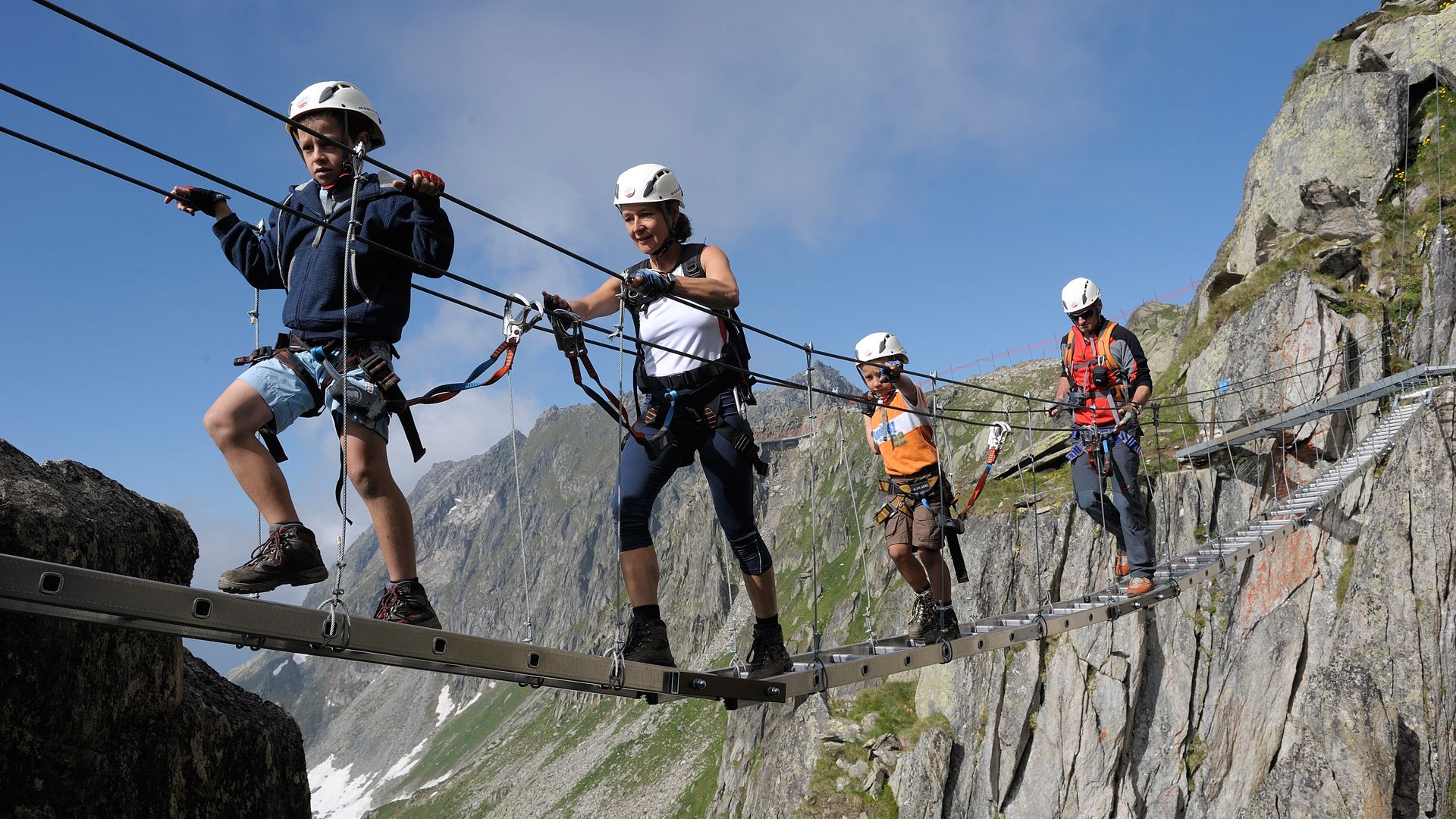 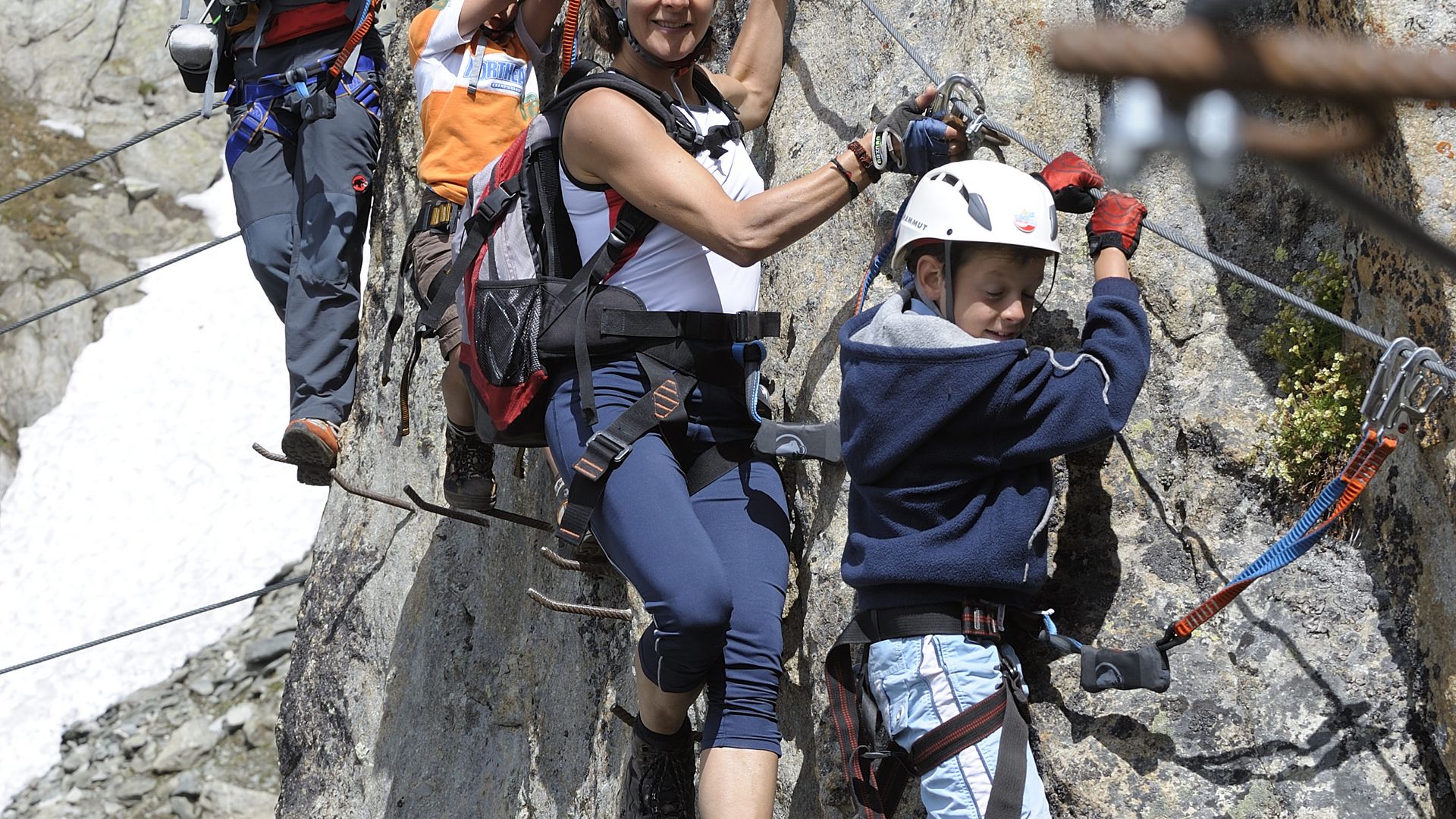 For the practised and those practising

If you want to tackle a challenge in nature in the Aletsch Arena, there’s no better place than the Bettmeralp Adler and Fieschertal climbing parks. The various routes among the natural rocks have different levels of difficulty – making it an ideal place also for inexperienced climbers. One thing remains the same for everyone: reaching the top of the climbing wall is a thrill of the highest order. The Adler Climbing Park is located behind Restaurant Adler between Bettmeralp and Riederalp and is a 20-minute walk from Bettmeralp mountain station and 30 minutes from Riederalp Mitte mountain station. There are 18 recently refurbished routes to choose from. The climbing wall in Fieschertal can be found around the Burghütte. The red granite slabs, polished by the glacier, are a very popular climbers’ paradise in the pre-Alpine terrain. 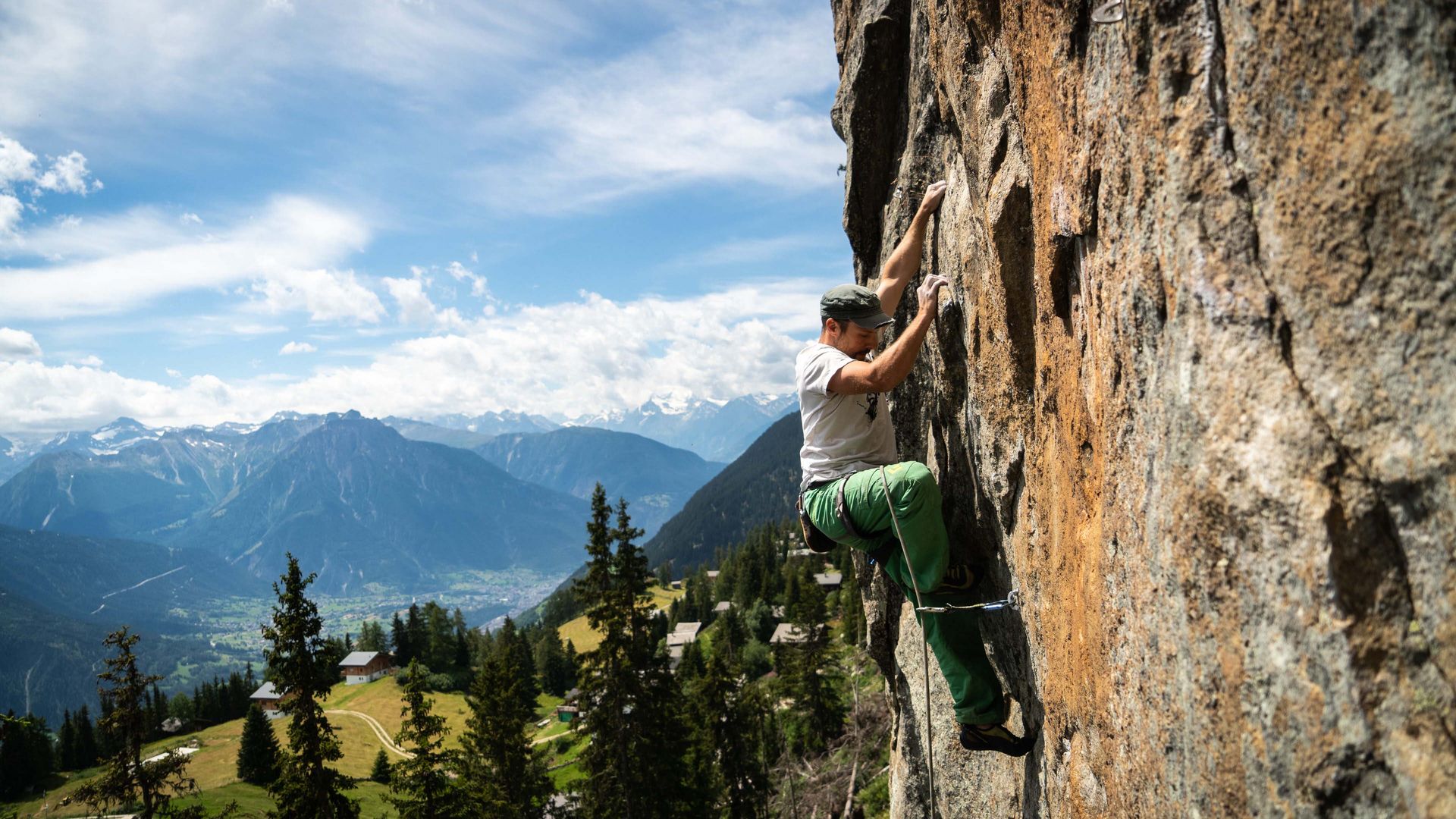 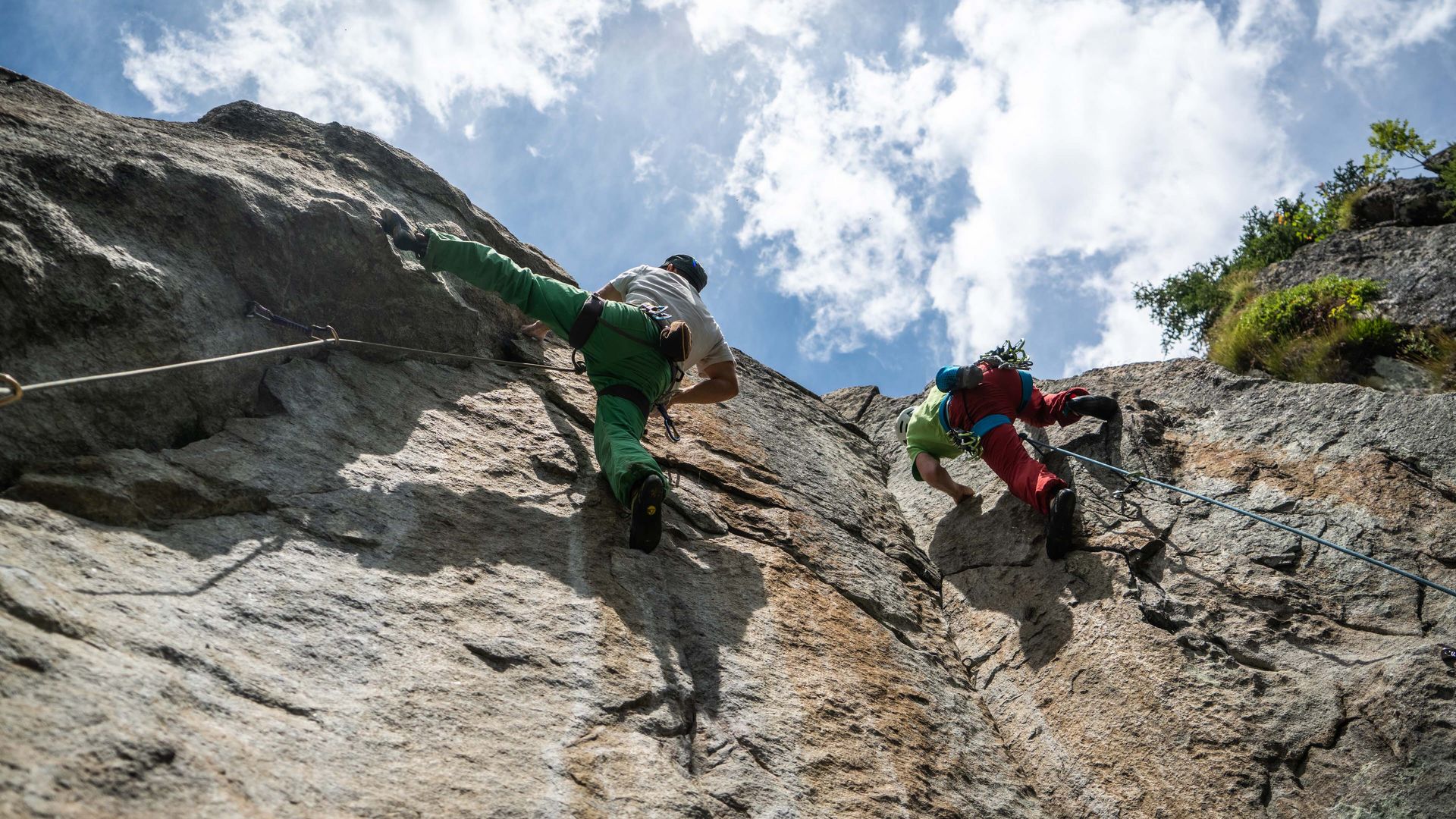 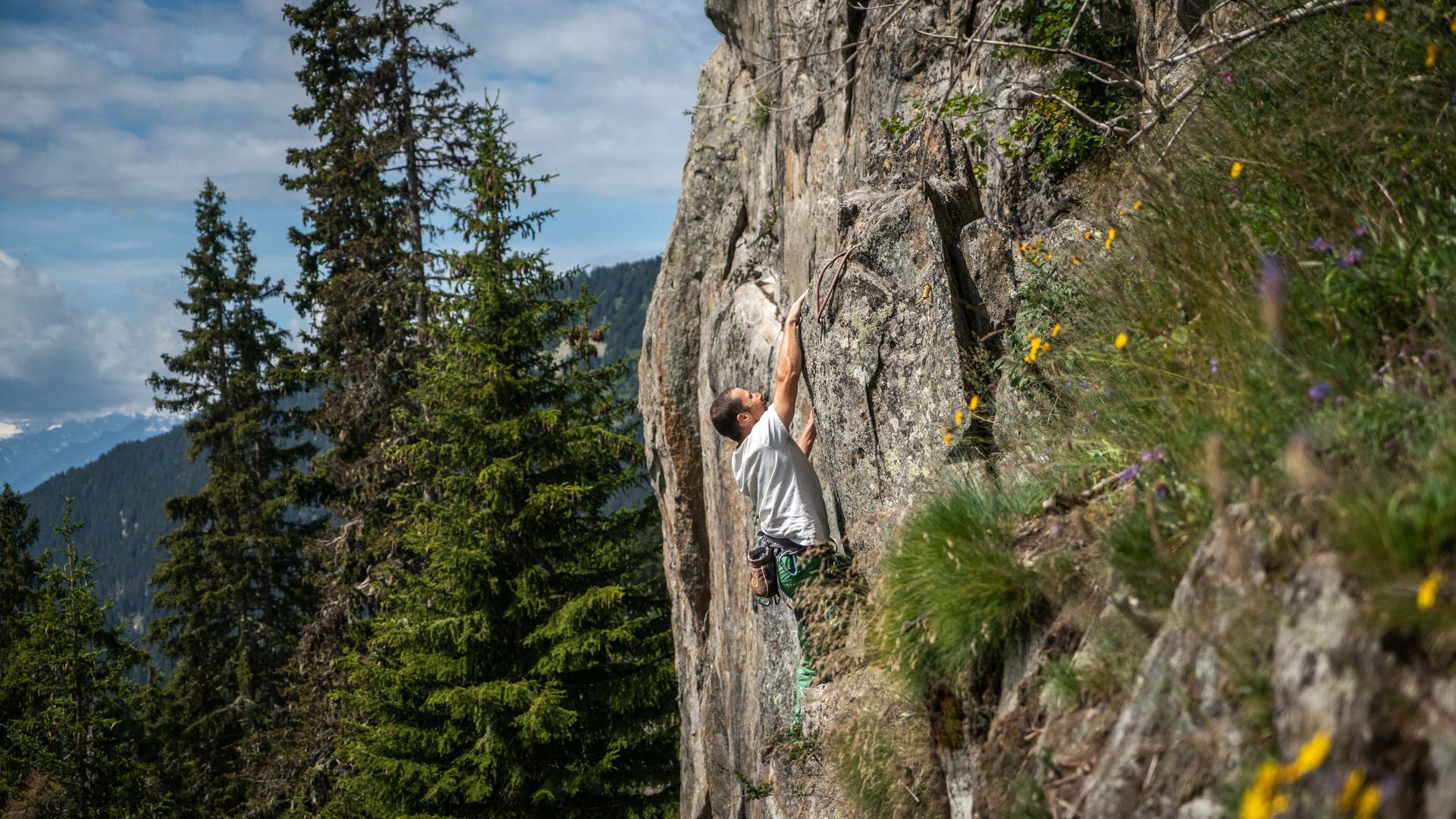 The levels of difficulty in climbing are divided into categories: from K1 (easy) up to K6 (very difficult). You can find the precise definitions of all categories on the scale of the Swiss Alpine Club (SAC)

to the SAC scale

That’s a question you’ll have to answer for yourself. Please note: climbing always involves heights.

It appears that you are using Microsoft Internet Explorer as your web browser to access our site.

For practical and security reasons, we recommend that you use a current web browser such as Firefox, Chrome, Safari, Opera, or Edge. Internet Explorer does not always display the complete content of our website and does not offer all the necessary functions.